My fledgling National Trust membership has been getting quite a bit of exercise over the past couple months. Between trips to Anglesey Abbey and Wicken Fen, I’ve had more than my fair share of tea and scones. Last weekend, I had the chance to add yet another property to my list, Wimpole Estate in Royston. A short fifteen minute drive from Cambridge takes you to some gorgeous countryside, formal gardens, and the obligatory country house.

What sets Wimpole apart in my mind is Home Farm where you can meet rare breeds of animals like Shire horses, Shetland ponies, White Park cattle, Longhorns, and Sandy and Black pigs. As a card-carrying animal lover, I couldn’t resist spending most of the morning wandering around the eighteenth century farmyard, visiting the rabbits, and meeting the pigs at the piggery. (I had to try to ignore the fact that as a working farm, many of the lovely pigs I met were condemned to the butcher’s block. My vegetarianism was only further confirmed on this trip.)

I’m getting slightly ahead of myself.

Jeremy’s parents were down visiting us from Yorkshire for the weekend. National Trust visits are an ingrained part of their family outings. It made sense that while they were here, we head out to Wimpole. We arrived mid-morning and after flashing our shiny membership cards, we began walking towards Home Farm.

As we ambled along the meandering, green paths, I began to relax. Weeks of stress and anxiety over my work melted away in the bright morning sunshine. Ahead, the path forked and a sign pointed us to the right.

Suddenly we were assaulted by a sound I had never heard before. It’s something I can’t quite describe; banshee screams, the wails of the damned. Neither phrase perfectly captures what we heard. As we approached the farm, the sounds got louder. Then we saw it. It was a daily farm schedule and it turns out, we had arrived at the piggery for feeding time. What were were hearing were the excited squeals of pigs getting their breakfast.

Honestly, they were really cute. We wandered around the piggery and soon, the denizens were more or less quietly munching their feed. I couldn’t believe how enormous some of the animals were. When I met Arthur, the boar and father to every pig in that video and most of the pigs in the piggery, I figured I could easily saddle him up and ride him around the farm à la Billy Connolly in the Hobbit. I’m not sure Arthur would have enjoyed that though, so I didn’t attempt it.

We spent some touring touring the rest of the farm. We met little Winston, a white bull calf that was born earlier this spring. His large eyes were like pools of oil in snow. He was lovely. As I stood taking Winston’s picture, I got the uncanny feeling that I was being watched . . .

Why aren’t you paying attention to me?

We spent the rest of the morning visiting the goats, bunnies, ducks, and geese before we finally made our way to the stables where the Shire horses were kept. Everything about Wimpole seems to be over-sized, the horses are no exception. Shire horses are one of the largest breeds and they have become rather rare. The panels on the stable told us about Goliath, the tallest Shire horse recorded who stood 6’5″ at the shoulder. While the horses at Wimpole weren’t record setters, they were still big, beautiful horses. 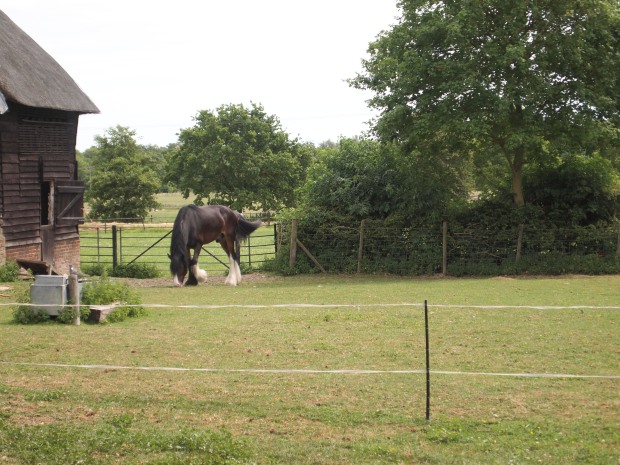 We left the farm and took a brief turn around the walled garden. Full of colourful flowers, espaliered fruit trees, and vegetables, it had once served as the produce garden for the estate. We had the chance to taste some of the “fruits” of the gardeners’ labours (see what I did there?) when we had lunch at the restaurant. I can unreservedly recommend the summer berry crumble with custard. In fact, skip the main meal and just hone right in on pudding — it is delicious. 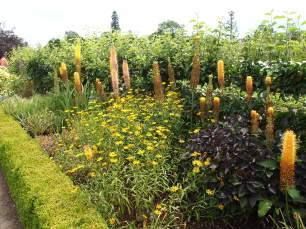 It was mid-afternoon by the time we made our way to the house. I mentioned before that everything at Wimpole is over-sized, Wimpole Hall is no exception. It is the largest country house in Cambridgeshire and it is probably the largest country house I have visited. I couldn’t help but laugh at the sheer scale of the place. It just beggars belief. Seeing places like this in person brings home the enormous wealth and power wielded by the British aristocracy throughout time. 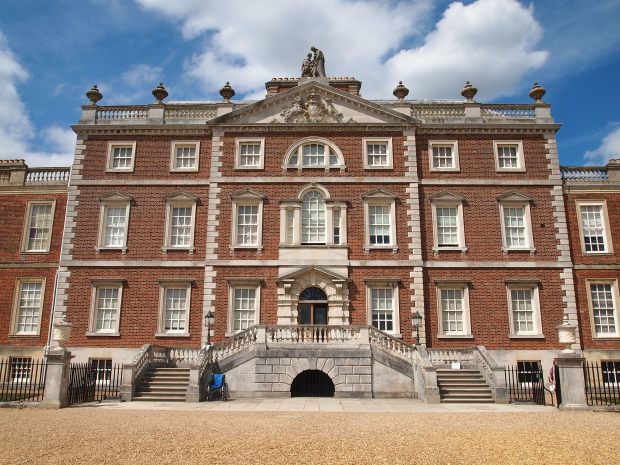 The interior of the house is just as grand as the exterior. When I entered the Yellow Drawing Room, I just couldn’t contain myself. The high vaulted ceiling, the mirror wall, the ornate decor, it was all too much. It was beautiful and bright but it was also the square footage of my entire childhood home. 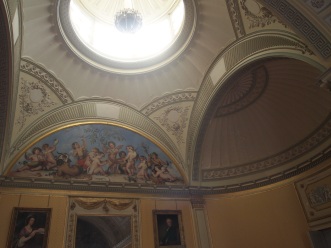 We continued on following the suggested route through the three floors of the manor. The plunge bath was something I had never seen before. Imagine it as a modest indoor swimming pool complete with shower. Even below stairs was pretty grand.

Paper flowers in the stairwell 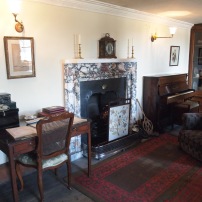 The housekeeper’s room was  roughly the size of our current flat. To be honest, I’m normally much more drawn to the servant’s quarters than I am to the upstairs rooms. They tend to be the most human both in feel and scale. As I sat in the window seat of the steward’s room, I thought, Yes, this will do me just fine.

We left the house and concluded our afternoon with a game of croquet and lawn bowls. While Jeremy won the round of croquet, I managed to thoroughly thrash him at bowls. I’m sure we’ll have a rematch sometime soon.