On a chilly night last November, I ran my first 5K. I remember being absolutely terrified. I had been training since late summer and I knew I could run the distance consistently but I had never done anything like a race before. I was never an athletic child and though I have a competitive streak in me, when it came to athletics I knew my place, the back of the pack. Now here I was picking up my race number and wondering how the hell I affix it to my front. Thank goodness there were safety pins and by surreptitiously looking at my fellow racers, I figured out how to pin it securely.

The race itself was less daunting somehow than the logistics of pinning my number. It took place in the park I always ran in. Sure I wasn’t used to running in a crowd, but very quickly the group thinned out as the faster runners took off and the slower runners lagged behind. I was toward the back for most of the race, but I was quite happy with that. I finished in 33 minutes and as I crossed the finish line and picked up my medal, I thought about how I have finally managed to accomplish a real fitness goal. Sure I had set myself a lot of goals when I was Crossfitting but somehow I never quite managed to attain those and they weren’t as well-defined as something like “run a 5K.” It was a great feeling.

This was me after finishing my 5K. I think my Rainbow Dash socks gave me a slight advantage.

I wish I could say that the next day I began to work on my next goal of running a 10K. In truth, my ambitions were somewhat derailed. A lot of it had to do with travelling at the end of November, the Christmas holidays, and then of course moving to a new city. A lot more had to do with my brain rebelling at the notion of regular physical exertion. I began with a half-marathon training plan which incorporated a lot of strength and cross-training which I was really excited about. I missed lifting weights and I love swimming. I set myself the task of training five days a week and nearly every week failed to meet my goal. It was also taking a huge toll on my body. I already suffer from fatigue, forcing myself into such a rigorous training schedule on top of my PhD work was a recipe for disaster. I would spend the first half of the month going hard and the second half of the month barely able to get out of bed. It just wasn’t working and I decided to give up completely on training. After all I have a PhD to finish and that has to be my priority. I was at the point where it was one or the other but not both.

Then about two weeks ago I got an email. I had forgotten I had asked to be informed when registration opened for the London 10K. Suddenly there was a very visceral reminder of my failure to stick with my training. Something came over me in that moment. I went to the website and registered. I paid my £45 and that was that. I wasn’t going to give myself a choice; I have to get ready for a 10K by July. On advice from Sara who herself is training for the London Marathon, I downloaded a training plan from Virgin Sport. This one was different from my previous one. Three days a week of running with one long run on the weekend and two shorter runs during the week. It was very similar to how I trained for the 5K. That had worked and I had been able to keep at my studies at the same time.

I’m two weeks into my new plan and all is going well. I’m already running faster than I had been when I did my 5K in November and I’m feeling more able to achieve my daily and weekly goals. Just feeling like you can achieve is three-quarters of the battle really. It has helped that the weather is getting nicer and the days longer. Having some gorgeous running routes nearby might also have something to do with keeping up my motivation.

Gorgeous runs along the river!

So here’s the deal: This will never be a running/fitness blog but I’m going to start including some posts about my training. Mainly it’ll be a place to put some of the photos I take on my runs. I’m also going to use this as a way to hold myself accountable. It’s out there now in interwebzland. I’m signed up for the London 10K in July and all of you know this. You’ll know if I’m not holding up my end of the bargain by skipping out on training. I’m also really looking forward to writing about what that race experience is like when it comes around. That will give me some further motivation to stick with things.

And now that I’ve finished this post, I actually have a 15 minute faster paced run to do. See ya! 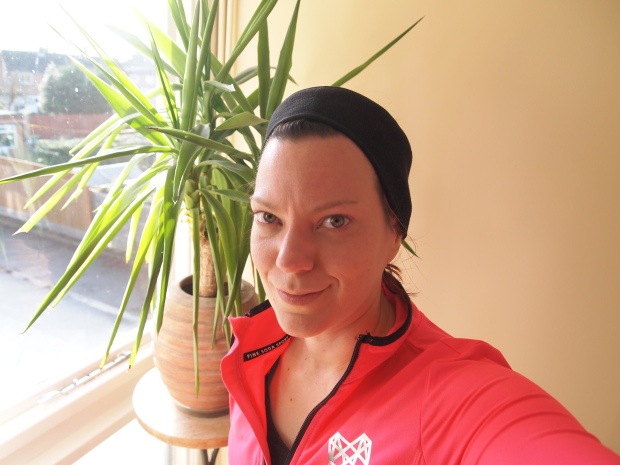