April 19, 2014June 8, 2017
Upon leaving my coffee shop every morning I embark upon a fifteen minute stroll through Hammersmith to finally reach my building. Along the way, I have found many remarkable things and discovered that even my thoughts found a certain routine during this walk.
Episode 3: On a Stroll, wherein our heroine walks to work
I discovered my particular walking route to Blythe House thanks to Google Maps. It claimed that this was the quickest, most direct route to my building. I think this is a dubious claim, but I fell in love with the journey and couldn’t bear not to walk it every morning. 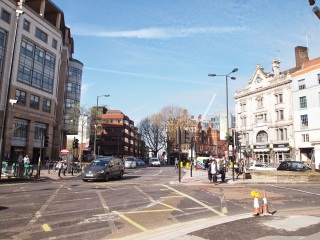 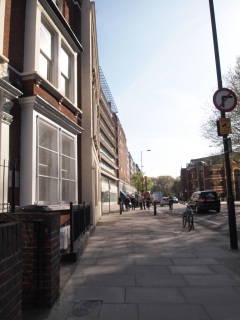 I start out on Hammersmith Road, a busy main thoroughfare with noisy traffic. When I turn off on Rowan Road however, it is almost as if someone replaces a city sounds track with a sounds of nature track. Bird song dominates this area and the charming front gardens of the terraced houses seem to have their own stories which leap out from the tiled walkways and blooming tulips. I always look over to Lavender House and the house to let. Every time I walked past it I imagine renting it and what sort of life I could have in that house. (Probably a very impoverished one with rental prices as they are, but I dream nonetheless.) 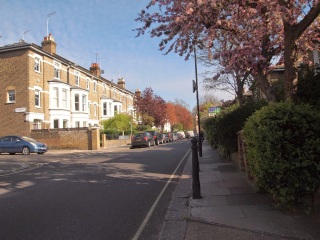 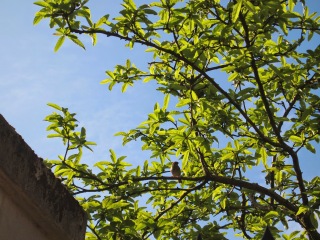 Rowan Road ends at Brook Green, a park between two streets. The first time I saw it I felt as though I had been transported back to New York City. It reminded me so strongly of the neighbourhood I once lived it. I’m not sure why now that I think about it but it became my favourite part of my walk. It was even more my favourite after I discovered that the school I pass every morning was where Gustav Holst composed The Planets. After that, I always began humming “Mars” when I walked by, if one could really actually hum “Mars.” Across the park is Planetree Court. I suppose it is pronounced as plain-tree but for some reason I always think that it’s pronounced as a Cockney would say planetary. Odd how every time I pass it I think the same thing. 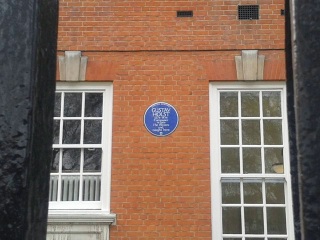 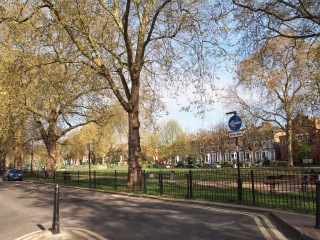 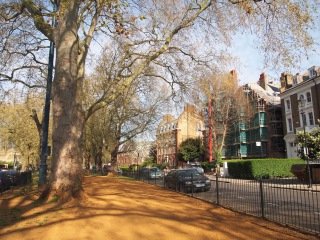 I cross through the narrow park and onto Girdlers Road. This is the last leg of my journey. It isn’t the most extraordinary part, especially since dog fouling is common on this stretch and you must constantly look down or run the risk of treading in it. At the end of the road the typical council flat blocks of the 1950s reach upwards with wash hanging from the balconies. This is Blythe Road and Blythe House is on the right. 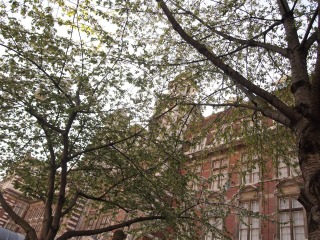 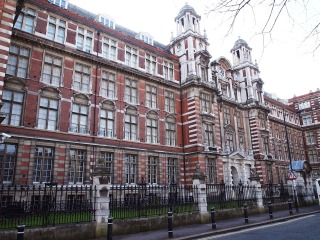 Blythe House used to be home to the Royal Mail Service but now it’s where the V&A, British Museum, and Science Museum share off-site storage. It’s also where I work. It’s a lovely building constructed around the turn of the century (nineteenth to twentieth of course). It’s so lovely that several movies have been filmed there including Tinker, Tailor, Soldier, Spy and Thor 2. Anyway, my journey ends with a swipe of my ID card at the iron turnstile.