March 15, 2014June 8, 2017
Last Wednesday I hopped on a train headed for London. I had received an email from my supervisor at the V&A suggesting I come in for a chat before I began my placement. It seemed like the perfect opportunity to get out of Durham for a long weekend and clear my mind.
The term was winding down but it had been one of the busiest most stressful times I have had. Apart from the normal work of graduate school, I had been rehearsing the choir every Monday evening, I was working at Palace Green Library with the exhibitions department every Friday, I was still trying to go to CrossFit twice a week, and somewhere in between all of that and lectures, essays, and lab time, I was trying to have a social life. I was living at an accelerated pace and had completely forgotten how to slow down. I didn’t relax anymore; I just collapsed at the end of every day. It’s understandable that I would reach my breaking point eventually. It was just ironic that it came in the form of a bad reaction to antianxiety medication I had been taking since December. After coming off of it, I began to slow down quite a bit, the work load didn’t lessen but I was able to stop on occasion and toss on an old episode of Jonathan Creekin order to unwind a bit. This weekend away couldn’t have come at a better time.
I managed to cram my small rolling suitcase with everything I needed. I got the 12:30 train from Durham and on the three hour journey to Kings Cross I took care of some admin work for the choir. Our concert was on the following Friday and I still needed to finish the programmes, ensure that the room would be available (I had booked it three months in advance but another event had been scheduled right before ours and the stress from this was mounting), I also needed to find some readers for two poems I had selected to break up the evening. Charlotte was coordinating with the Ustinov Intercultural Forum to have one of the poems translated into several languages but I still needed someone to read Whitman’s O Captain, My Captain. As I sped towards London, I realised I was hardly beginning my weekend away in any kind of relaxing way.
We got into Kings Cross on time, which is somewhat miraculous. I grabbed my suitcase and began the now familiar walk to the Hammersmith and City lines on the tube. I weaved in and out of the crowds and began to feel somewhat settled in my mind. Perhaps that’s why I loved the city so much; it travelled at my normal pace of life. In Durham where things are calmer, I tend to feel somewhat overblown, too quick, too much. In London, I was just normal. 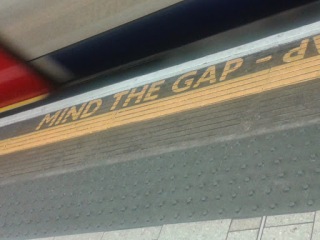 I boarded the tube toward Paddington and fifteen minutes later I was climbing on a First Great Western train toward Maidenhead. I was so grateful that I would be staying with my friends for this weekend and over the course of my placement. You may remember I spent a few days with them before going home in December. I arrived at the station and there they were, waiting to pick me up.
I took a deep breath and I felt the stress begin to melt. That evening we all ate at the Belgian Arms in one of the neighbouring villages. Fish and chips with minted mushy peas was the order of the day and it felt so good to be in a family setting again.
Then next morning I woke early. I would be heading into London to meet with my supervisor at the V&A and it would be the first time I tried out the commute. For over an hour that morning, all of us went back and forth on the best way of getting to Kensington Olympia from Paddington. We finally settled on the District line to West Brompton and then up on the Overground. My meeting was at 1:30 so I gave myself an hour and a half to get there, get lost, and get found. An hour and ten minutes later I was standing at the gates to Blythe House, a slightly intimidating Victorian edifice. 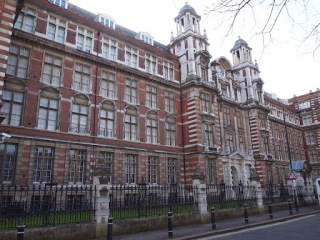 I had time to kill and I hadn’t eaten yet so I found a nearby convenience store and bought a sandwich, bag of crisps, and a bottle of water. I walked around the neighbourhood as I ate, trying to get an idea of my surroundings. There was a lot of work going on in the nearby houses. It looked like many were being refurbished, but in general it was a quiet sort of place, not too far from Holland Park. 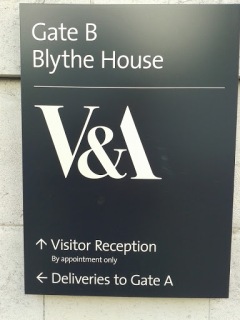 I finally returned to the iron gate and pressed the buzzer. Nervously, I gave my name and business. The voice on the other end told me to come in. I pushed the gate open and then began walking toward the inner court. As I entered the visitor waiting area, I saw large glass cases filled with pop culture memorabilia. Star Trek, Doctor Who, Star Wars. I was in the right place. I was home. I signed in, got a wrist band and was met by a bubbly young woman. My supervisor, Ramona, was still at lunch but my guide took some time to give me a brief tour of the facilities. I saw the archives, the library, and the place where all of the costumes (over 2,000) were stored. It’s funny, but museum stores are so similar. For some reason I expected the V&A stores to be somewhat more special. Like, perhaps the boxes everything was kept in would be made of gold with magical laser force fields. They weren’t, by the way. Everyone I met reminded me of my days in performance and theatre. It felt really comfortable.
I had a brief meeting, somewhat like an informal interview with three of the people I would be working with, including Ramona. I had been terrified that maybe because it was the V&A that everyone would be posh and walk with their pinkies ever extended. I was so relieved when they were amazingly kind, open, and down to earth. I found out some of the details of my placement and was pleased that they were hoping to give me as broad a range of experience as possible. I left feeling more excited than ever to return in two weeks.
I got back on the overground and began my journey back to Maidenhead.
The next afternoon, I decided to test out the local CrossFit box. I had scoped them out online and I had decided to do a drop in class while I was visiting. I felt slightly nervous. I had always gone to CrossFit with someone else, either Sam or Claire. As I walked in, everything looked slightly familiar, but different at the same time. There were the boxes for box jumps, kettlebells, pull up bars, weights, and wall balls, but it was a much smaller box than the one in Durham. I was met by one of the coaches and he said to stick around for the noon session. After warm ups, I began to settle in. That’s one of the great things about CrossFit, once you know the moves and terminology, you can really go to any box in the world. The WOD that day was a good one, but exhausting. Two rounds of one minute on and thirty seconds off rotating between rowing, wall balls, diamond press-ups, toes to bar pull ups, sumo high pull kettlebell lifts, and 20” box jumps. Afterwards, I felt amazingly good. I needed more CrossFit in my life. 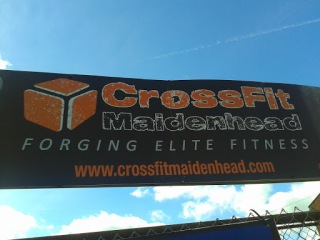 Afterwards, Camilla and I went into Windsor for brunch. I got a vegetarian full English breakfast (which I had been craving for a solid week). We walked around the shops before we went to pick the children up from school. The weather was incredible. I was sunny and in the high sixties. I was certainly still dressed for Durham weather which was currently peaking at around 58 or so. It was the perfect weather for someone who was feeling stressed and in need of a change.
On my final day down south, we went to Henley-on-Thames for dinner. I had never heard of Henley but it had gained fame for the royal regatta held there every July. It was hard to believe that the recent flooding had taken place. There were of course, still patches of water out in surrounding fields, but the town itself seemed unscathed. English towns are a funny thing. I think it is the mix of architecture and the very odd dichotomy of modern and ancient. We passed some cottages built in the sixteenth century and then less than a block away, shops like Accessorize housed in modern buildings. There were also nineteenth century buildings which had been converted into shops and restaurants. It’s unlike towns in America where the architecture often mimics these styles but is completely unauthentic. When you actually walk passed a row of sixteenth century buildings, you see the tiny doors, and the narrow stairs, it’s quite amazing. We just don’t have houses that old in the States and if we did, they certainly wouldn’t still be used as private dwellings. 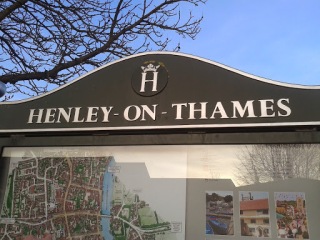 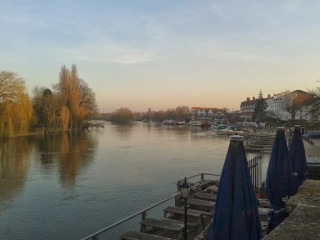 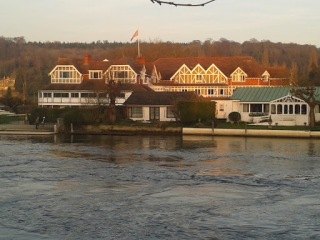 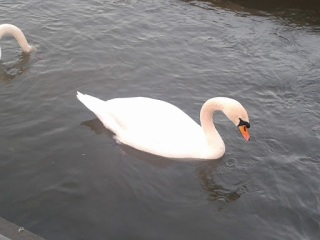 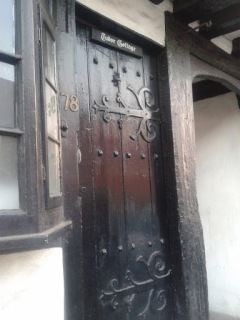 The weekend had definitely helped me to de-stress. I felt more in control and less overwhelmed as I stepped on the train that would take me back up to Durham. Though the upcoming week was filled to the brim with all sorts of things, lectures, choir rehearsals, and the concert, I felt more mentally able to cope with it all in stride. As the scenery scrolled by my window, I took solace in the fact that in two weeks I would be returning and starting a new chapter of my adventure over here. 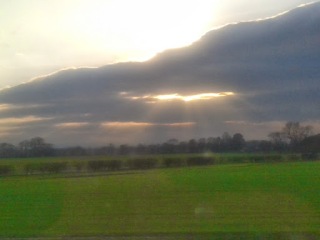